2D fabrics are most often used as reinforcement for composites. The warp and the weft form a flat fabric. We divide these fabrics according to the weave type which affects the way the fabric adapts to the mould. 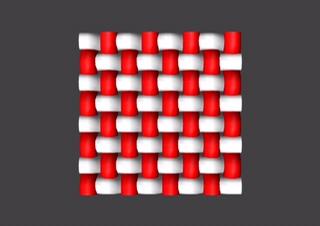 The appearance of such a fabric can be compared to a chessboard.

Plain weave is used, for example, to make tents and sails as well as for construction. Its dense interweaving is also suitable for filters where durability is required. 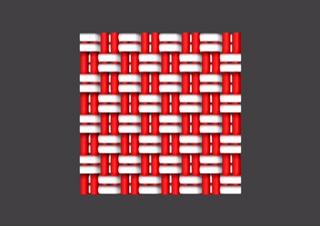 This weaving technique is derived from plain weave and is formed by multiplying the warp and the weft equally. The smallest repeat of such a weave is 4 × 4 , in which the weft first goes over two warps and then passes under the next two warps. The following weft does the same thing. However the third weft does something different. First it goes under two warps and then over the next two warps. The fourth and last weft does the same thing as the third one. The repeat can be larger but must be divisible by two in order to maintain the same ratio of top and bottom threads.

This weave has fewer change-overs than plain weave and so the warp and the weft are more likely to shift. The weave is therefore more malleable and adapts well to moulds. 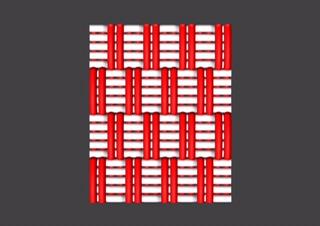 This weaving technique is also derived from plain weave and is formed by extra warps and wefts in unequal proportions. The number of extra threads in a given direction determines the softness and malleability of the fabric. 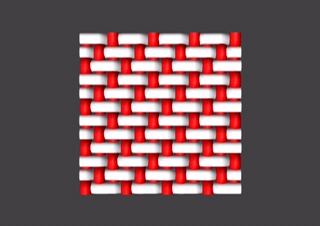 The smallest repeat for twill is 3 × 3 . The weft goes over two warps and under the next warp. All other wefts are shifted over by one thread either to the left for left twill or to the right for right twill. Because the weft goes over two warps and there is only one warp point beside this and the following wefts are offset to one side, an oblique row effect is created where the weft stripe is wider than the warp. This weave has a dominant weft compared to the warp. It is therefore referred to as weft twill. 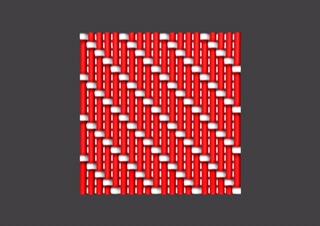 When the weft goes under two warps and then over the next warp, the warp thread prevails on the surface. Such a twill is referred to as warp twill.

If the weft goes over many warps then the twill will have a higher repeat. The oblique weft lines are even more pronounced in such weaves.

The warp/weft ratio must be the same if we want the warp and weft stripes to be of the same width. 4 × 4 twill is the smallest repeat of such weaves. Other repeats must be divisible by two to ensure the same ratio of warps over the weft and under the weft.

Related twills can be created from the basic twills in various ways. 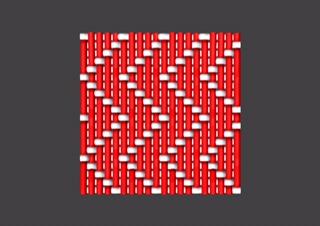 Twill has fewer change-overs. Therefore the warp and the weft can shift more easily. The more threads are used to make the oblique lines, the easier it is for the threads to shift. Therefore twills drape well and are suitable for moulding.

Twill technical textiles are used, for example, for tire cord. 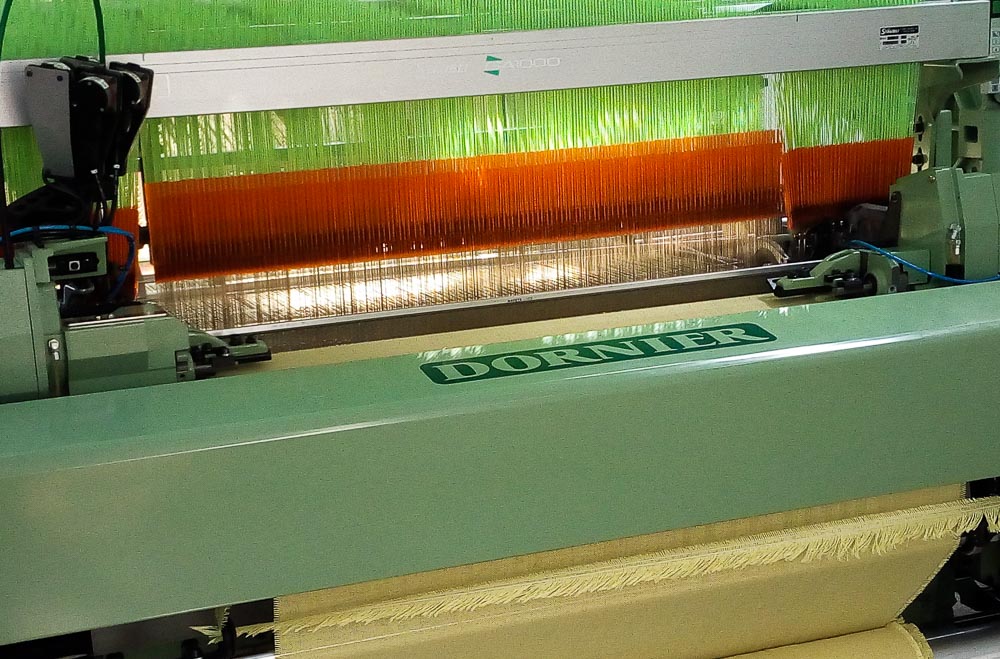 A jacquard on a weaving machine is a separate device that is placed on the construction above the loom. The jacquard is connected to the weaving machine and serves to control the warp yarns independently, creating a pattern. Electronic jacquards receive an electrical impulse according to a pre-recorded instruction card created thanks to a special design program. These electronic jacquards have the advantage of speed, less mechanical wear, lower operating costs and perfect synchronization with the weaving machine.

The jacquard weaving machine offers a wide range of weaving possibilities thanks to the fact that each thread can be operated independently. Dobby looms on the other hand operate several threads together through an instruction card. Changing weaves usually means using a new instruction card, which is not the case for jacquard looms.

The shed is made by selecting heddles according to the pattern (part of the heddle are lifted up, the rest stay in the lower position). This shed makes free triangle shape to enable make a pick. When the pick is done, the reed beats up the thread into the woven structure. After this, the new shed is created by the pattern and the pick is inserted and beat up again. The jacquard woven fabric is made by this in repetition way. 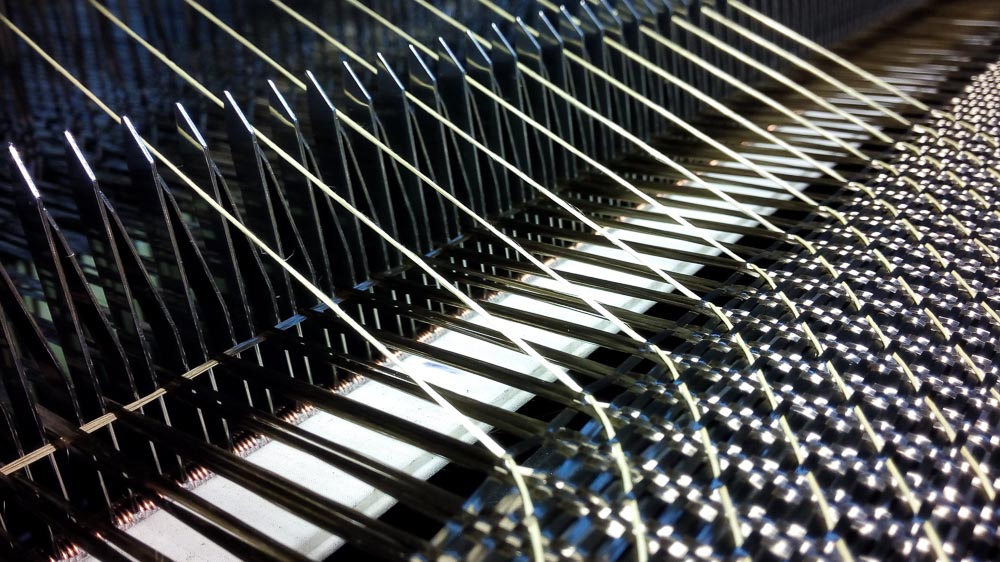 A dobby loom can be equipped with an ORW (Open Reed Weaving) device that stitches in extra threads in certain pre-defined places during weaving.

Common fabrics are only strong in 2 directions that is, along the warp and the weft. Various other angles of stitched-in threads give the fabric strength in a third direction and thus the fabric acquires further mechanical properties.

The type of stitched-in thread and the shape of the stitching can enhance the fabric with additional features such as heating, shielding, local reinforcement and aesthetic decoration.

SHOP in OUR BOUTIQUE